Some time toward the end of 2017, Bruce heard from his friend Andrei that Caples Lake was frozen and because of the unusually dry weather, the ice was smooth and perfect for skating. Needless to say, he wanted to go, so we spent New Year’s Eve getting supplies (like ice skates for me) and packing up. We set out early in the morning on New Year’s Day — no coffee and Rose Parade viewing for me this year — and it took about two seconds of seeing the lake to know we made the right choice. 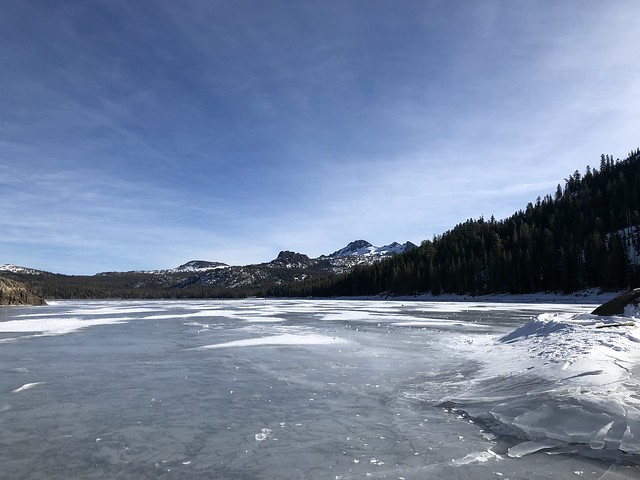 We started out at the south (?) end of the lake, which was smooth-ish but still felt rough for me as a beginning skater. The boys were fine since they are very good on their skates. Bruce was pretty comfortable too. 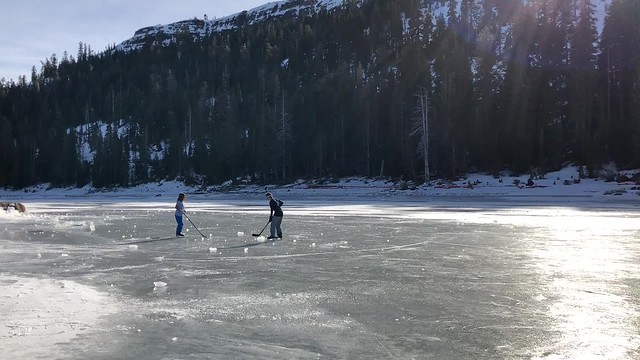 I switched to snowshoes which felt much more secure, and I took a nice walk. Bruce snapped a picture. Turns out, even though he’d encouraged me to go, he was a little worried at how far out I got. 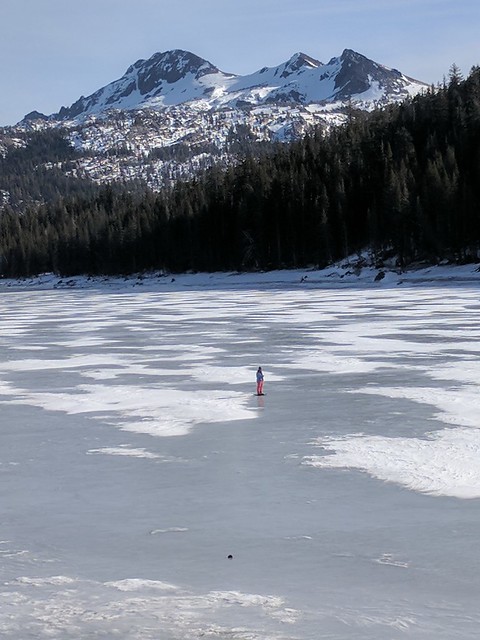 During my walk I saw that the other side of the lake looked smooth as glass, so I went back and convinced everyone to move. I mean, look at this! Even I can skate on this. 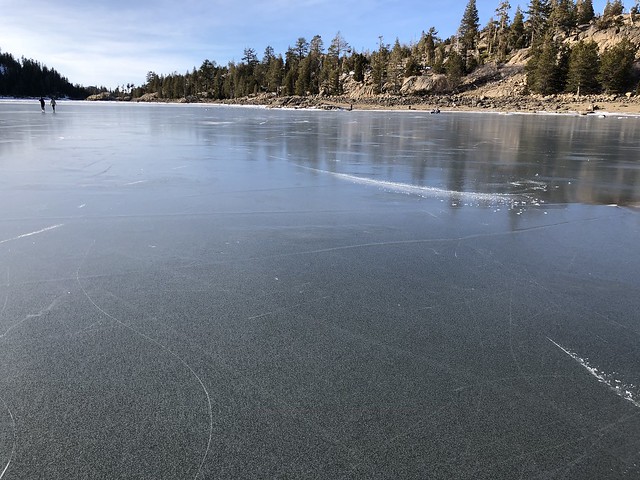 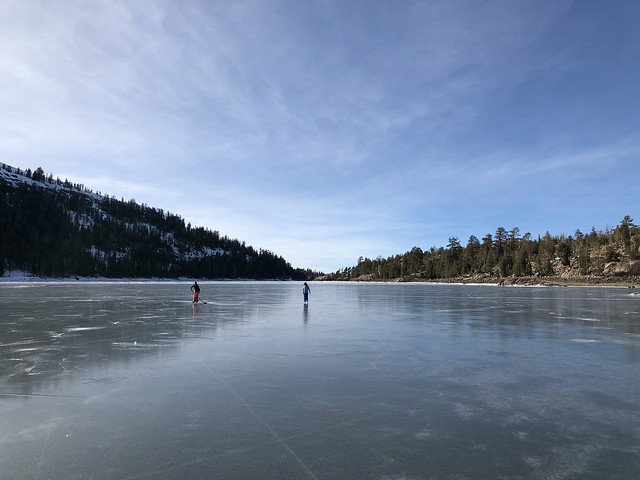 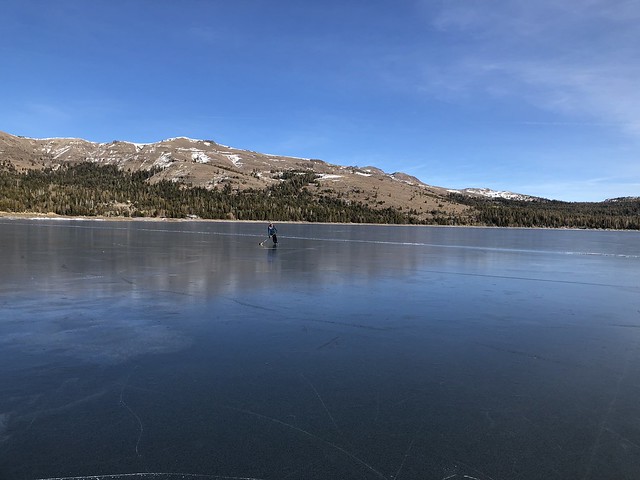 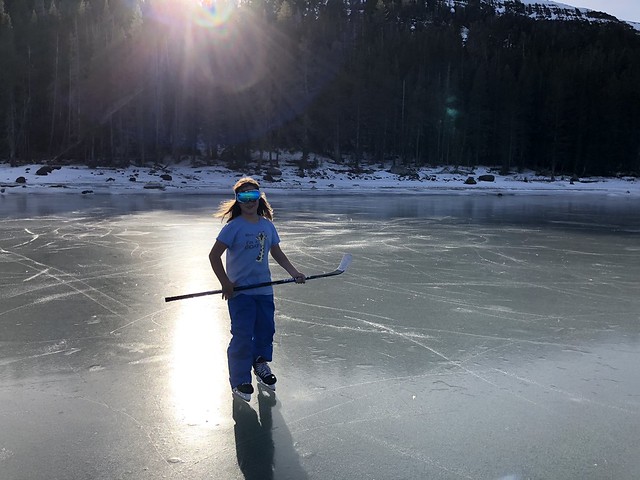 Ezra didn’t skate as much as the rest of us because he spent most of the time using his hockey stick to smash some piles of ice. He was having a blast. To each his own. It’s hard to see, but he’s over there somewhere. 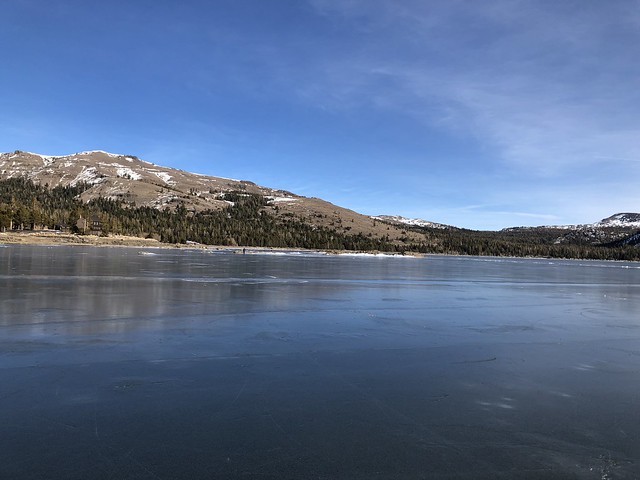 At some point we stopped for lunch (Cup Noodles and hot chocolate — perfect). 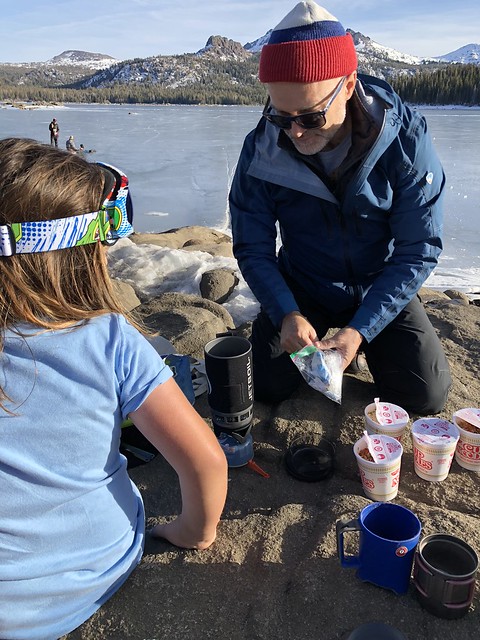 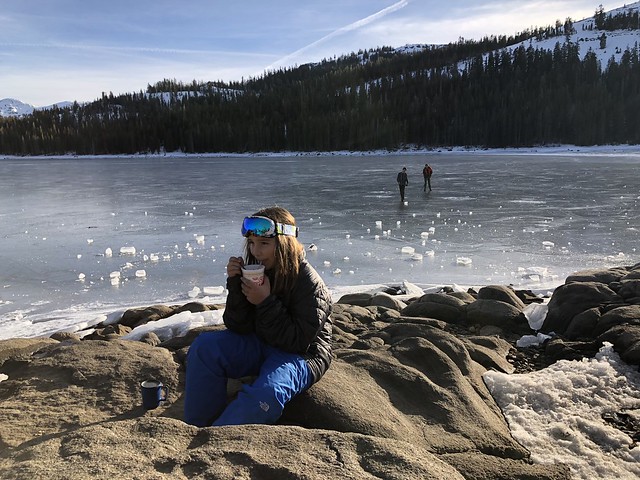 And then Finn, Bruce and I did a little more snowshoeing on the other side of the lake.

The temperature was in the 50s most of the day, but after the sun went behind the mountain it started to get pretty chilly. We finally packed up and headed home. It was a perfect way to ring in the new year!

I have lots more pictures here.